­
ATTORNEY AT LAW JOVANA PUŠAC, Ph.D. WAS EDUCATOR FOR THE SECOND TIME AT THE JUDICIAL AND PROSECUTORIAL TRAINING CENTER IN REPUBLIKA SRPSKA

“LEGAL CONSEQUENCES OF BREACH ESSENTIAL CONTRACT’S FORM FROM THE ASPECT OF THEORY, LEGISLATION AND COURT PRACITICE“

On June 18, 2019 in the filed of Civil Law was organized a seminar by the Center for the Education of Judges and Public Prosecutors of the Republika Srpska. Educator Darko Radić, PhD, professor at the Faculty of Law, University of Banja Luka, presented a paper on the subject of “Form of Contractual Agreement” and the presentation of Jovana Pušac, PhD, a lawyer from Banja Luka, entitled “Legal consequences of breach essential contract’s form from the aspect of theory, legislation and court pracitice“. 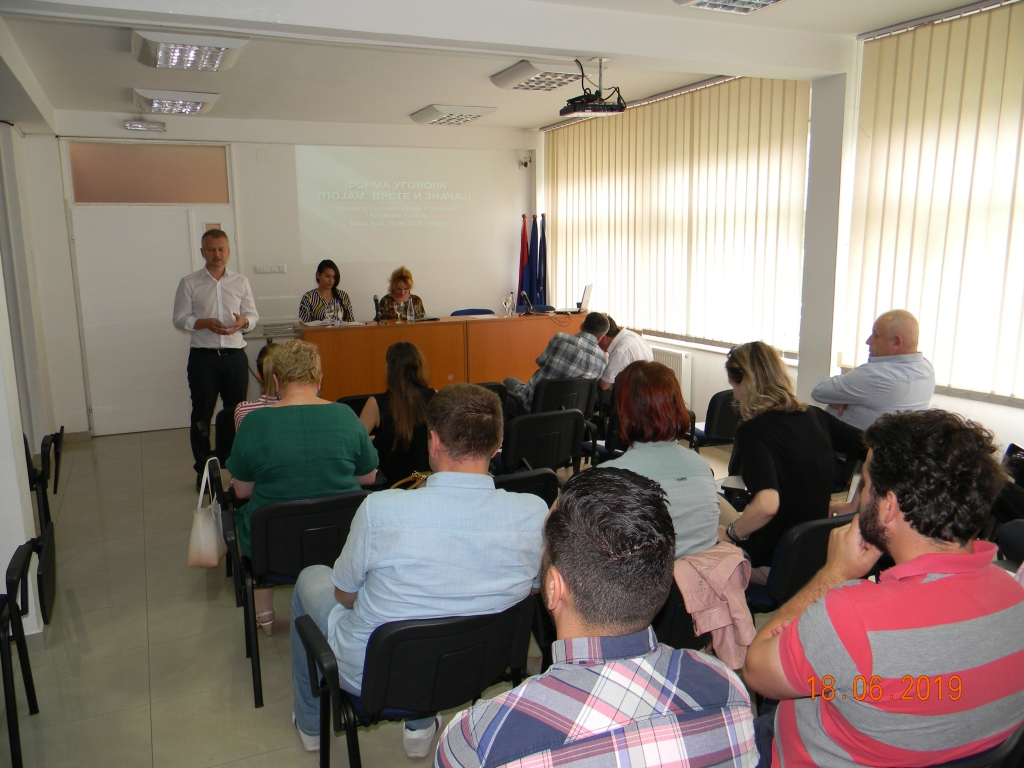 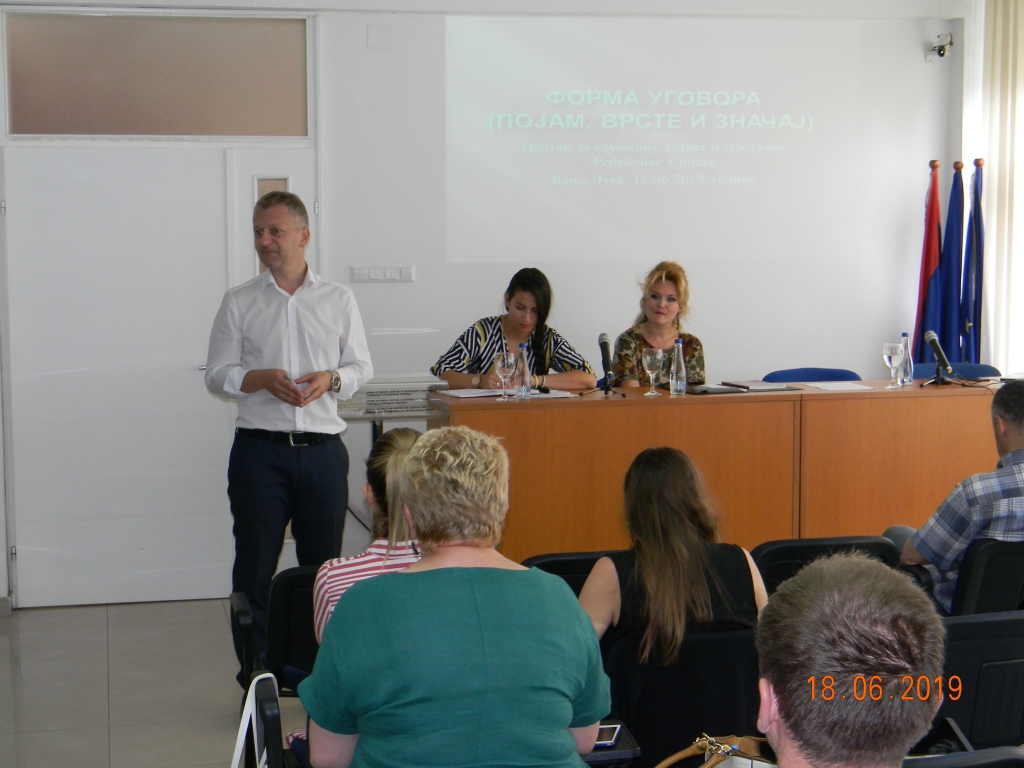 Educator Dr. Jovana Pušac, from the aspects of theory, legislation and rich jurisprudence, presented an analysis of the legal consequences arising from the violation of an essential, constitutive form. It is a form without which individual contracts can’t arise, which, therefore, occurs as a condition of contract creation (essentialia negotii), so its absence makes the contract null and void. Typical examples of such formal contracts are real estate transactions (contract od sale, gift, exchange), contract for lifelong maintenance, construction contract, surety contract, insurance contract, loan agreement, etc. 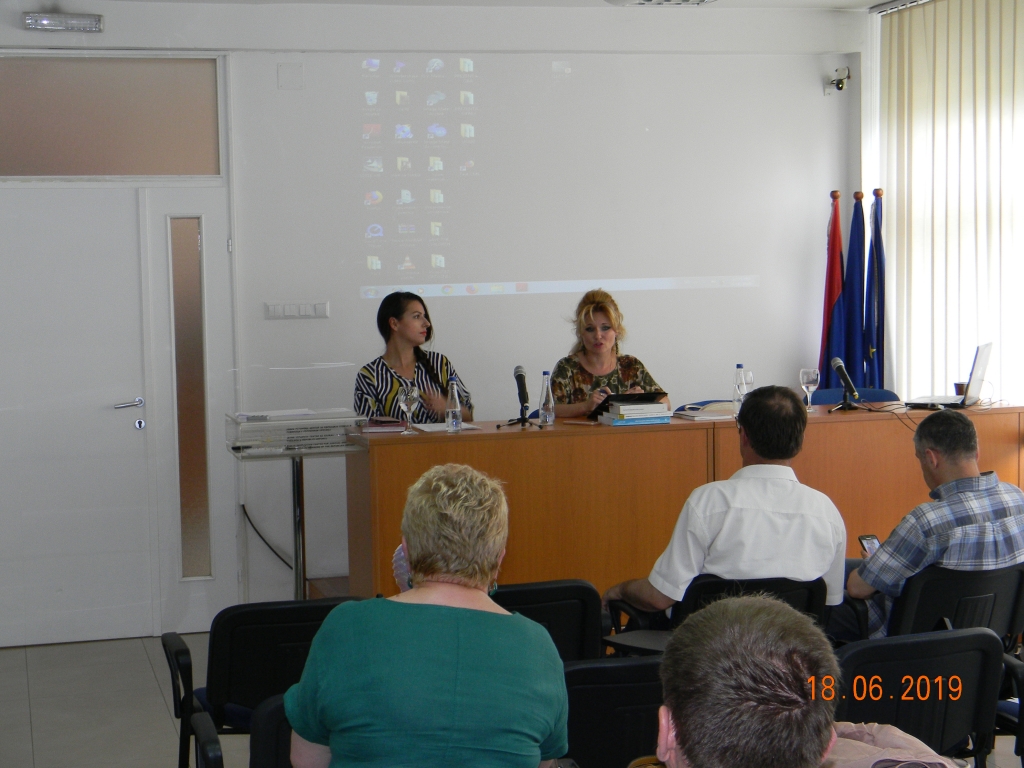 During the presentation, as well as the dynamic direct interaction of the seminar participants, the Institute of Nullity was analyzed as a general civil sanction for breach of the essential form of contract, subjective consequences of nullity (subjects who can successfully assert nullity) and objective consequences of nullity (restitution, principle Nemo auditur, confiscation for the benefit of the municipality, damages).

It was pointed out that nullity can be invoked without limitation by the contracting parties (as well as the parties to the pre-contract), their universal successors, though only within the boundaries of the hereditary part (when it comes to physical persons), then the holders of the right of purchase and the public prosecutor. Other persons are obliged to prove their legal interest in the lawsuit for the annulment of the contract, because they didn’t participate in conclusion of that contract. Finally, it is pointed out the court isn’t bound by a claim if it finds that the contract is null and void, but that the nullity finding, as the foregoing question then constitutes part of the reasoning and not the operative part of the judgment. If the court decides on this in the operative part of the judgment, it will be considered that it exceeded the set claim because it decided on something that was not the subject of the dispute.

When it comes to a claim of a contractor for breach of form, it was pointed out that in theory and case law there is a view that the lack of the required form of contract is blamed on all those concerned by the contract, so in principle, each party is obliged to bear its own damage if the contract is shown to be null and void for lack of form, with the exception of damages for culpa in contrahendo. 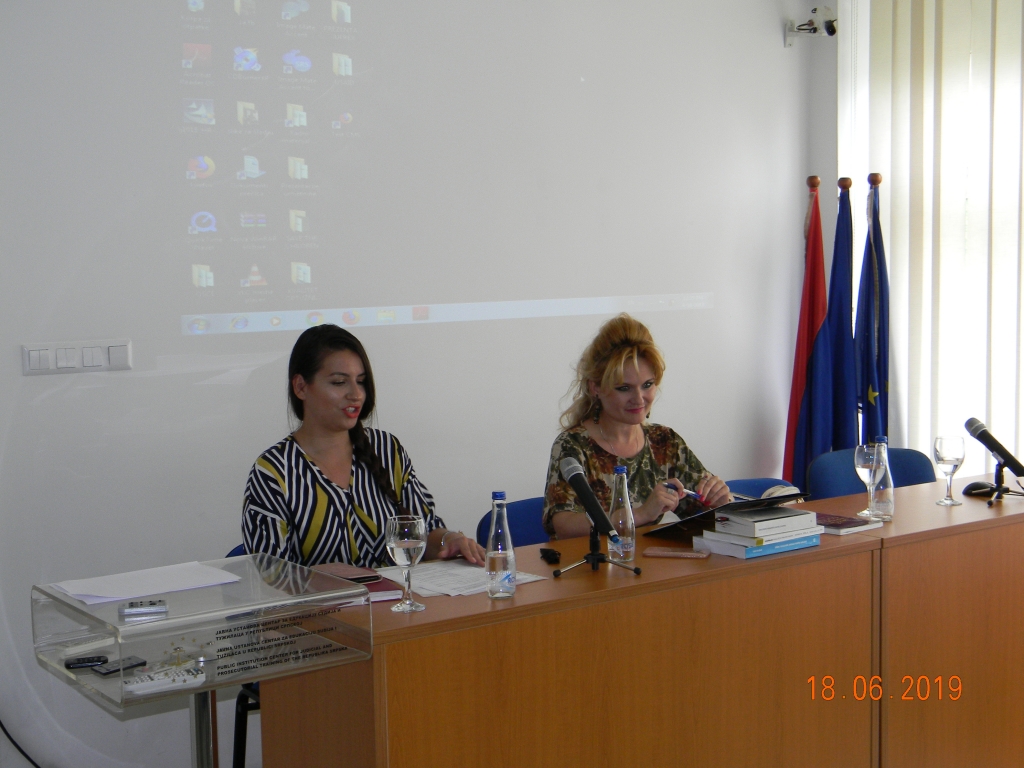 Finally, the possible possibilities of convalidation, as well as the conversion of the contract affected by nullity due to breach of the essential form, were examined, since the lack of this essential element of the contract can be remedied under legally determined conditions.

In that sense was drawn and the most significant conclusion of the seminar. Namely, pursuant to the provision of Article 73 of the Law on Obligations, it is possible to conclude the contract which lacks the obligatory notarial form (form of notarized document), which was executed by the contracting parties as a whole or in the predominant part. If the parties agree, the notary will convalidate that contract in the procedure of notarial processing, while in the case of dispute, the court will have jurisdiction over the convalidation. However, the omission of a compulsory notarial form of contract will certainly be less occasion in practice, especially especially when considering that, in the event of a court convalidation, litigation is uncertain, time-consuming and financially exhaustive.